A MARKETPLACE THAT TRANSFORMS LIVES

A MARKETPLACE THAT TRANSFORMS LIVES

Arise and Go - What God Can Do With 15 Minutes The question shook my conscious as I sat with the Lord one quiet morning in October two years ago. Four years earlier, I had taken a break from my blog because I felt God calling me to write something more than just the blog. Yet instead of exploring what that 'more' was, I stopped writing altogether.


I’d been a Jonah, running from what God had called me to step forward in...


As a result of this realization, I pivoted and recommitted to stepping forward into whatever God was asking of me.  And it changed me. I began to crave those early mornings of waiting on God. Yet by mid-December, I had lost focus with the busyness of the Christmas season. Swimming in chaos, I felt I needed to realign my priorities. The next morning, I awoke early, mid-dream–wide awake. So I got up.  As I sat there in the quiet of the morning with my coffee and God, I decided to open my advent devotional and start smack in the middle–it wasn’t too late.   Of all references, I opened to a scripture commentary on Jonah!   In it, I was shown the storm that shook Jonah awake - the lesson was a reminder to keep moving forward less I get swallowed up.


Fast forward to January, where I had set some goals for the new year and felt strongly the Lord prompting me to simply commit to writing fifteen minutes a morning. What could I possibly accomplish in fifteen minutes? Well, I viewed it simply as an act of obedience––to “show up,” because when I wasn’t writing, there was nothing God could work with.

Yet, if I showed up for even fifteen minutes, God could work with that.

So I set my alarm fifteen minutes earlier than usual and was disciplined to write each morning within my routine of reading scripture and time with God. Sometimes that fifteen minutes turned into more and other times I barely fit it in. I found the discipline vital because even five minutes of sleeping in would steal from my writing time.


In this discipline, God was impressing upon me that there was generational and eternal value that I didn't even know about and I simply needed to trust Him. He wasn’t asking me to understand, only to obey.

Immediately, in the comfort of my warm bed, somewhere between consciousness and sleep, an image of a boat popped into my mind. I saw myself in the calm of that boat snuggled in my blankets, asleep, like Jonah had been. And what I saw surrounding that boat was a gentle current taking me in the opposite direction of my destination. The Lord drove home the point through this third picture of Jonah, that if I wasn’t actively pursuing what He was asking of me, comfort would draw back me into the current of complacency.


I flung back those covers fast and said, “I’m up, God! I’m up!” Because He had just shown me that I didn’t have to run from what He was calling me to, I only had to be comfortable enough to be drifting in the opposite direction.


That morning the Lord revealed to me that my obedience was more important than my comfort and that it’s value was far greater than my understanding of it.


By the end of that year of waking up diligently and writing for fifteen minutes, I had a memoir started and three book projects in my lap, including a bible study for Bought Beautifully (coming soon!).

It was like God was saying, “This is what I can do with fifteen minutes a morning.”


I’m still learning these lessons in moving forward, yet God is taking me to new levels in Him as I choose to step out in obedience daily, trust that He is working out a new thing, and take Him at His word––that if I don’t move forward in what He calls me to, I will fall back.

We all have something God is calling us to, with plans and resources we don’t even know about. Will you trust God with that next step? 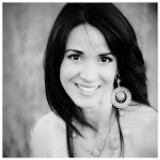 Love it, Theresa, learning from my daughter. I too have neglected the discipline to dedicate time for writing. You are overcoming, and I will too, for the Lord’s Glory. A beautiful break - Join us for a digital detox Freedom. A lifestyle you live. A life style you can give.

Connect with us on the socials, or
click the pink & white heart envelope -->
in the lower right corner - thanks!